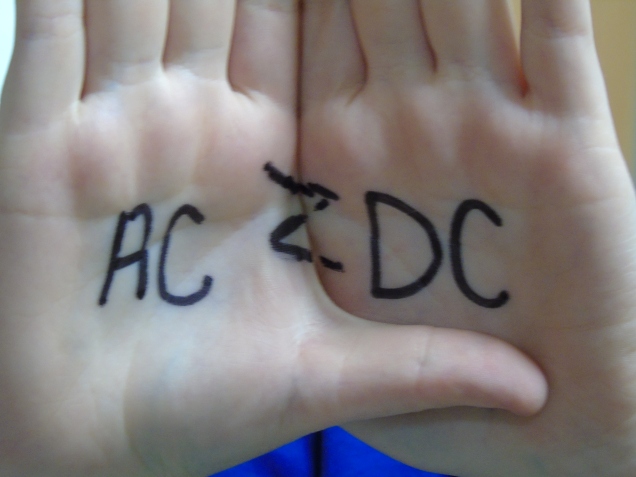 Nothing lasts forever in life. This cold hard fact is especially true in the music industry, as one can see by looking at some of the popular artists of yesterday.

Band members such as the famed rock guitarist Slash and drummer Peter Criss have been replaced due to creative differences and petty feuds. Singers like Paul Stanley and Axl Rose have lost their famous singing voices after years of performing and drug usage.

These sorts of issues have a negative impact on a music group’s sound, which leads to mediocre albums and tarnished reputations for bands that once dominated the charts.

Remarkably, the Australian rock band AC/DC has not suffered this fate. While bands like Guns ‘n Roses, KISS, and Aerosmith have lost their touch, AC/DC is still going strong. They have endured the death of their original lead singer, Bon Scott, and have continued, or should I say, continue, to tour and release new albums even after 42 years.

They have remained popular and successful over the years despite constantly changing musical trends and demographics. They are without a doubt one of the best rock bands around today, and have been for much of their career. Why? Because they bear in mind the “If it ain’t broke, don’t fix it” mentality that so many rock bands have ignored.

AC/DC has stuck with the same powerful, unique style and sound for as long as they have been together. Their newest album, “Rock or Bust,” is a perfect example of both their sound and their commitment to it.

Released back in November, “Rock or Bust” can best be described as eleven tracks of the loud, bold, head-banging hard rock that AC/DC is famous for. The high point of the album, beyond the shadow of a doubt, is the song “Play Ball.” Guitarists Angus and Stevie Young provide a catchy and infectious melody that is complemented perfectly by lead singer Brian Johnson’s unique, raspy voice.

The following track, “Rock the Blues Away” wins big with this critic thanks to its upbeat lyrics, and “Dogs of War” and “Hard Times” have the slow, dark tempo that AC/DC has perfected over the years.

In short, “Rock or Bust” is an excellent album, and serves as a testament to AC/DC’s longevity and overall success.