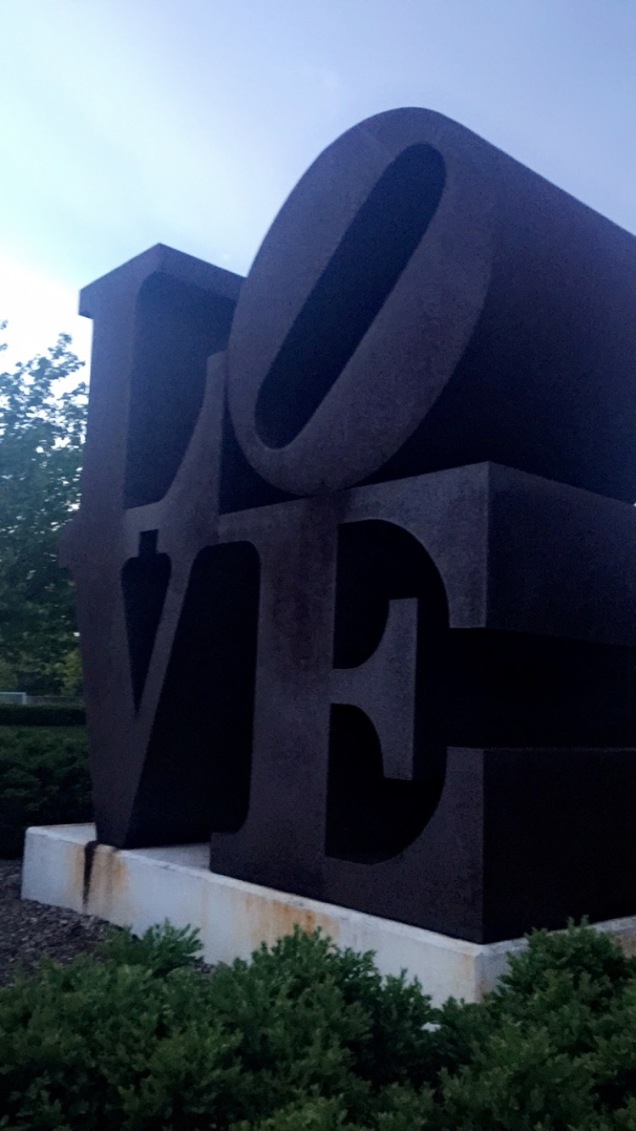 Click on this link to see some of the amazing artwork that was on display.

The search for amazing lipstick is one of great seriousness in my life, and I think I may have found the Holy Grail. Recently I bought three “lippie stix” from Colourpop Cosmetics and I must say that I am very impressed.

The colors I ordered are called Charm, Raw and Pitch. Charm is a light green shade, Raw is a bright turquoise, and Pitch is a deep brown. All of the colors I bought were very vivid and only took a couple layers for a solid color.

Typically brighter, more vivid colors are harder to achieve an opaque look with, but with these lipsticks the style is easy to achieve.

On top of the fact that the lipstick is phenomenal quality, Colourpop is also a cruelty free, vegan and vegetarian company. This means that their products are not tested on animals and they are friendly to those who live a vegan or vegetarian lifestyle.

Colourpop products are also very wallet-friendly. Each lipstick is only five dollars.

I am very impressed with the ethics of the company and the quality of their products. For anyone who is looking for a budget-friendly, cruelty free, good quality product, Colourpop is the way to go. More of their products can be found on colourpop.com.

On March 7, the math classes of Mt. Vernon High School joined together for what is known in the math community as Pi Day. Pi Day is 3/14 and all of the math classes throughout the day with the exception of business math get together in the main gym for fun math related activities. It was held on March 7 because students will be out for Spring Break on the fourteenth.

Some of the activities included solving math problems for the chance to throw a pie at a teacher and “Pi Story” where students use words with the same number of letters as the numbers in pi. More examples include calculating the circumference of a basketball in “Sports Center” and corn hole in which students calculate the parabolic arch at which the projectile will travel before throwing it.

This is the third year that students have enjoyed Pi Day and it has been a success every year.

On Saturday, January 9, a man in downtown Indy stole a forklift from a construction site, drove it down the road about a mile, and stole an ATM from a bank.

The bank the ATM was stolen from is Kemba Credit Union on the East side of Indianapolis. The machine was lifted off of the ground and the forklift was left close to the bank, still running.

At this point in time, the culprit has not been caught, and authorities do not know what his intentions are with the stolen machine.

While the idea of taking an ATM may sound genius, it usually does not end well for the perpetrator. Not only do some ATMs have location devices installed now, but ATMs are actually very hard to break into. Along with the difficulty opening the machine, since ATM robberies are on the rise around the nation, some companies have invested in software that, even if the machine is broken into, destroys the money so it cannot be used.

There is also the possibility that the thief could access card information from the users of the machine, however, this is unlikely as the breach of information from ATMs is a sophisticated and difficult process.

Authorities are hoping to catch the thief and locate the machine before any damage can be done.

On Tuesday, January 12, 2016, MV took part in the corporation’s first E-learning day. Hear what students and teachers thought about the experience here. 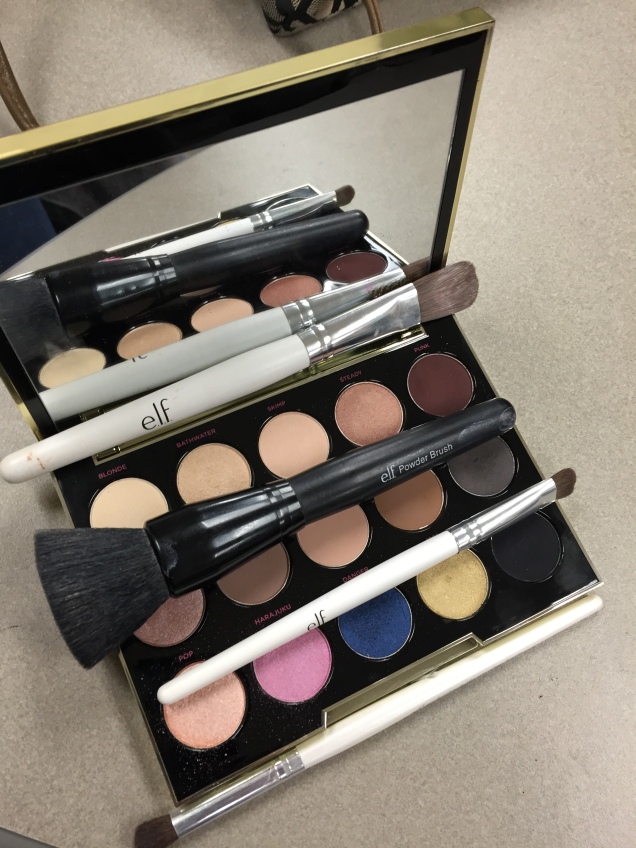 As an avid makeup enthusiast, having good quality makeup brushes is an essential aspect of the makeuping process. However, finding good brushes on a cashier’s pay is difficult sometimes. Many good quality brushes come with hefty price tags, but there is a way around that. A company called e.l.f Cosmetics offers many great quality brushes for lower prices.

E.l.f is a cruelty free makeup company that can be found in drugstores and other larger retailers. For example, Target, CVS and Walmart carry e.l.f products. They make all kinds of products, from primers to foundations, from brushes to eyeliners, and from mascaras to lipsticks. Any beauty essential anyone could possibly need, e.l.f carries it. Not only do they offer many quality products, but they offer budget-friendly products, especially when it comes to their brushes.

E.l.f brushes range from one dollar to five dollars, and they are great quality. I have used many of their brushes, they all hold up well, and they all offer the kind of quality one might find in IT Cosmetics brushes which usually range from sixteen to twenty dollars per brush.

So, next time you are looking for a set of brushes that will not break your savings, definitely look into e.l.f.

You know what really grinds my gears? The number of people who are misinformed about what feminism is.

Feminism, by definition according to Merriam-Webster Online, is “the belief that men and women should have equal rights and opportunities.”

Recently in my AP English class, we did a project about feminism in which we interviewed people and asked them if they considered themselves feminists. After their answer a member of the project group would read them the definition of feminism and ask them if that changed their mind. During this project I opened my eyes a little to how many people are still misinformed about feminism.

We received answers like “No, because I am not a woman,” or “No because I do not think that women should be considered better than men, people take it too far.”

What is ridiculous to me is that society is so blinded by the few extremists that they cannot see what a positive movement this really is.

Not only does feminism promote women’s rights, but it is another step toward equality all together. Even though women can drive and vote and we are no longer expected to only ever be a homemaker, that does not mean we are completely equal. Also, in other countries around the world, women have it worse off than here in America, having next to no rights. Women in other countries are often used as weapons of war, being beaten, raped, and harmed in other savage acts.  So not only could the feminist movement help here at home, but it could bring equality and peace to women around the world.

Things like the pay gap between men and women of all races, gender roles, forcing young girls into arranged marriages, victim blaming, and using women as weapons of war are all awful occurrences that could be stopped with feminist ideology.

When there is a movement for such positive changes I just do not understand why anyone would choose to be blind about the fact that gender inequality is still alive and thriving in all corners of the world and this movement could fix it.

During November, I had the amazing privilege of having ordered a service called Ipsy.

Ipsy is an company where avid makeup consumers, such as myself, can receive custom chosen makeup samples in a small makeup bag once a month for only ten dollars.

In the bag, I received an eyeliner from Be a Bombshell Cosmetics, and an eyelid primer from Jesse’s Girl Cosmetics, a Robanda Mood lipstick, a mascara from Smashbox and an eyeshadow blending brush from Crown Brushes.

Of the cosmetics I received, I was not displeased with any. My favorites, however, were the Smashbox Mascara and the Crown brush.

The Crown brush is very soft and perfect for blending. Not once have I created an eyeshadow look with the brush that I was displeased with. I am very satisfied with the quality of the brush and would definitely recommend it to anyone looking for good blending brushes. I am also looking forward to purchasing from this company in the future.

The mascara I received was high quality. It is called “full exposure” by Smashbox, which is one of my favorite makeup companies. The formula is very smooth and the brush does not clump the lashes. Mascara usually varies from person to person based on the desired look, but I would definitely say that this one is a winner for anyone. It elongates the lashes and is very dark. It also does not flake or run onto the under eye.

I would say that all together Ipsy is a winner, and so are all of the cosmetics that came in my November bag. I would definitely recommend Ipsy or any of the products to anyone I knew that was interested in makeup.