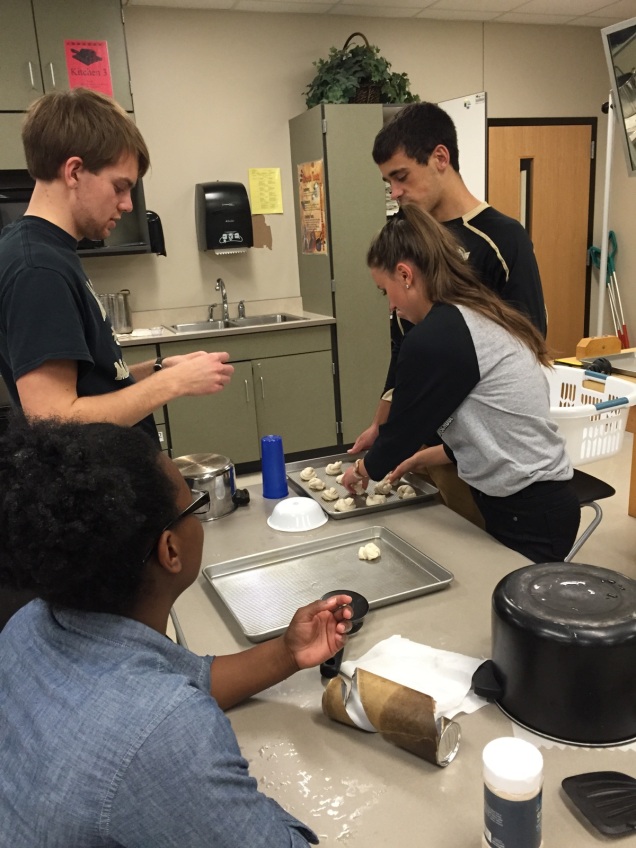 People who stopped by Ragu for Riley before the basketball Homecoming game on Friday, January 15th, not only got some tasty pasta, but also helped NHS raise $1092.07. This brings the total money raise for Riley Children’s Hospital so far this year to $1592.07.

NHS will continue to raise money for Riley by participating in the Riley Dance Marathon in April. 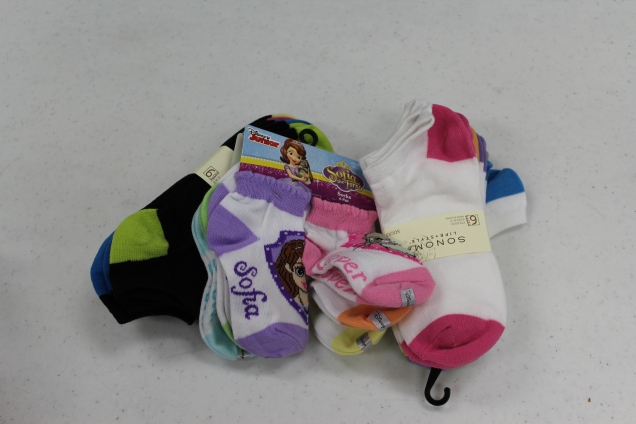 Did you know that socks are the least donated clothing item? With fall in full swing and winter quickly approaching, local shelters are in desperate need of clothing donations.

In order to help fill this need, National Honor Society is collecting new socks that will be donated. Students should bring in new, packaged socks to their first block classes. Donations will be accepted through Friday, November 6.

As an added incentive, NHS is offering a donut party to the class that brings in the most socks.

Want to learn more about Socktober? Check out this video by Kid President.

On August 23, 2015, the racing world lost yet another driver in a deadly crash. With only one race left in IndyCar season, driver Justin Wilson, driving car number 25 was involved in a crash during the ABC Supply 500 at the Pocono Raceway.

IndyCars are designed to reach speeds of close to 230 MPH, and because of the aerodynamics used, the driver is not covered with any type of protection aside from their helmet. Because drivers are exposed to the outside world, Wilson was hit in the head with a piece of debris from the race leader’s car, leaving him unconscious.

He was immediately taken to a hospital, where it was announced by doctors that Wilson had slipped into a coma. The next day at approximately 9pm, an IndyCar spokesperson held a press conference to announce that Wilson had died. He was 37 years old.

“I think IndyCar definitely needs to make some improvements to the safety of their cars. The current model is getting people killed, and it needs to be fixed,” said Brendan Pratt, 11.

This marked IndyCar’s first on track death since Dan Wheldon was killed back in October of 2011. Wheldon had won the Indy 500 race earlier that year, a race that Hoosiers know well and has been nicknamed “the greatest spectacle in racing.” He was 33 years old.

Both Wheldon and Wilson died from a head injuries that occurred due to their bodies being exposed while inside their cars. It now raises an important question, one that’s been overlooked often over recent years: Does the IndyCar need to be redesigned, with an emphasis on safety?

In August, John Oliver focused on the issues regarding televangelists, preachers who make appearances on television to appeal to the public for funds, on his show “Last Week Tonight.”

Oliver’s aim in the episode was to point out how fraudulent and manipulative televangelists can be when asking for money. After citing multiple examples of preachers who had used the funds intended for religious prosperity for personal uses, Oliver went on to announce the establishment of his own church, Our Lady of Perpetual Exemption.

The church is named this as a way to emphasize the ease with which churches can receive tax exemptions. Any organization, such as Our Lady of Perpetual Exemption, that can verify itself as a religious one is exempt from taxes, .

“And that is when I realized, the message Robert Tilton was sending me was that I should set up my own church to test the legal and financial limits of what religious entities are able to do. So, that is what we have done,” Oliver stated.

Surprisingly enough, his church was flooded donations from people all over the world in just one week. In his next episode, he displayed the thousands of letters that contained various amounts of money, totaling thousands of dollars.

Our Lady of Perpetual Exemption has a donation page that states all assets the church has acquired will “be distributed to Doctors Without Borders.” Doctors Without Borders is an organization that works to send medical aid to areas where it is severely needed, in order to better improve the lives of people around the world.

Alexie Evans, 12, “I think that’s amazing. That makes me really happy. It’s nice to know that they’re actually donating to a good cause, unlike some churches who use the donations for personal reasons.”

On August 5, the Environmental Protection Agency, otherwise known as EPA,

found itself tangled in an ironic situation. The agency, which was created to protect the environment, accidentally dumped 3 million gallons of contaminated water into the Animas River in Colorado.

This has, unfortunately, contaminated the drinking water for the surrounding area, and is continuing to cause issues as it flows south into New Mexico.

The spill has caused the levels of potentially harmful elements within the water supply to skyrocket to unsafe levels and turned the river an orange color.

What to do about this situation is still being decided, and as of now, the EPA is not facing any repercussions. Questions have been posed regarding the accident due to the sheer amount of waste that managed to spill into the river. Many find it to be suspicious. However, the breach in the dam could not simply be plugged up to stop the flow, causing millions of gallons to flow continuously into the river.

The EPA will be observing the river and identifying the areas that are at most risk to work towards further clean up.

Retail giant Target has announced that they will be making efforts to go gender neutral after a social media backlash when a mother of three tweeted a photo of a sign in a Target that distinguished “Building Sets” from “Girls Building Sets.”  The company has said that they will be removing gendered suggestions from their bedding and furniture department, and has stated that in the toy aisle they will, “remove reference to gender, including the use of pink, blue, yellow or green paper on the back walls of our shelves.”

This will not affect the ability to purchase traditionally feminine or masculine items, but rather will be a step towards eliminating the idea that what we can or cannot do and say is based on our gender. They will still offer all of the same items, but the labeling will be changed to help ensure unbiased choices from their younger audience.

April showers bring May flowers, and if the warming temperatures aren’t enough evidence, outside it is blossoming into spring. Flowers are blooming. The skies are opening up. The opportunities to do something outdoors are increasing.

Spring sports are coming up, and those include, but are not limited to: tennis, baseball, golf, soccer, rugby, and track and field.

The sun will be shining soon, so it is a great time to dust off the old tennis shoes and go for a run, or strap on that umpire’s belt and have every call you make be hated. The possibilities are endless.

The Ten West Center for the Arts is showcasing two plays this summer, one cast being made up of people ages seven to eighteen and up. Auditions are May 20 for anyone interested. More information will be on the center’s official website.

“The Green Team is assembling and we are very excited for all the things we have planned for this spring,” said Makaela King, 9.

Go outside. The sky is finally blue, the grass is green, and the sun is shining. See a movie. Hang out with friends. Stargaze on top of a car hood. It’s Spring.

Senator Robert Menendez was indicted on corruption charges on April 1. Menendez was said to have done political favors in exchange for personal benefits.

Prosecutors have said that Menendez set up a scheme to trade political favors for luxury vacations, golf outings, campaign donations, and expensive flights. The charges that have been brought against him could put him away for 15 years and they put his political future in serious jeopardy.

“This is not how I wanted my career to end. Today contradicts my public service career and my entire life,” said Menendez.

These charges against Menendez were well-known, but the 68-page indictment is much more severe than most had known before.

“I think he should be put in jail and is just another slimy politician,” said Maci Whiteman, 11.

The charges that Menendez is facing are serious and could potentially put him away for quite some time. If he is found guilty he will be put in jail and will have a hard time getting re-elected. 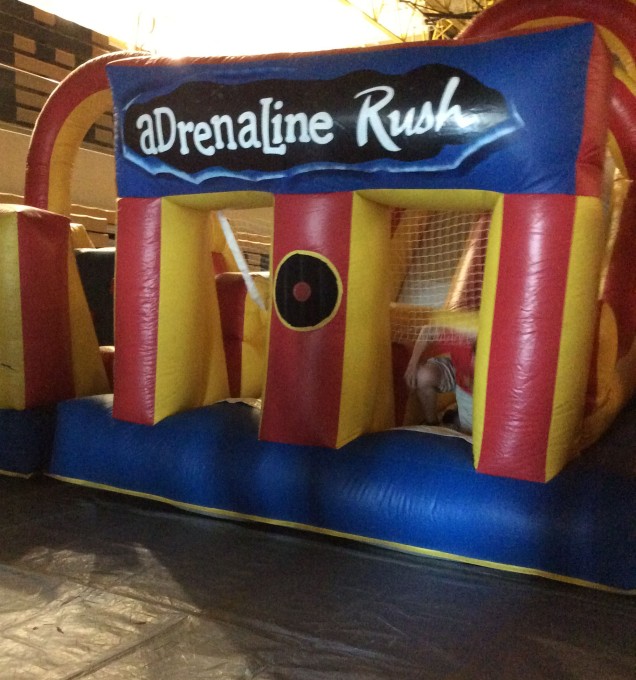 The Mt. Vernon Riley Dance Marathon was held on April 11 and helped to raise $8,246.12 for Riley families. The event was run by National Honor Society and was coordinated from the beginning of the year.

The event featured some performers from MV including MV’s a capella group, Locked Out, as well as other solo performers such as Rylie Gendron and Jake McCarty.

“Riley Dance Marathon was a very cool experience and I enjoyed seeing come together to support a great cause,” said Ashley Fritz, 11, “Riley Hospital is very dear to my heart and it was amazing seeing our community come together.”

Other events at the event included a bounce house, a cake walk, and cornhole. With faces tattooed with Riley stickers, many participants hit the dance floor to show their support for Riley kids.

Mt. Vernon is not the only school with a dance marathon. In fact, many schools including Purdue, Ball State, and Indiana University have marathons, some of which include 24 hours of dancing.

The idea is that people at the marathon will dance and have fun on behalf of the kids who may not be able to do that because they are ill. Next year, NHS is hoping to have an even bigger event with an even bigger turnout and revenue for Riley Children’s Hospital.

When a terrorist group threatens the identity of America, the country is on its ear to find out more about these individuals trying to sabotage America’s integrity and peace.

ISIS was formed from a brutal al Qaeda faction, and little was known about the group until 2007. Now they are a bigger threat than anyone could have imagined. A few videos have been made showing gruesome beheadings and unimaginably painful burnings, all taken by ISIS members and uploaded onto various websites, then released to the media. Though primarily focused on the takeover in Iraq, they have executed four American citizens.

Just recently, teenagers suspected of attempting to join the terrorist group were stopped at an Australian airport. The brothers had return tickets to a dangerous zone in the Middle East. They were stopped and returned to the custody of their parents.

America is on it’s toes, desperate for the next tidbit of news concerning the high risk group and the mysterious Jihadi John, a figure for the ISIS cause. Hopefully one day America can rest peacefully knowing ISIS has been eradicated, but until then, America is taking it as it comes.