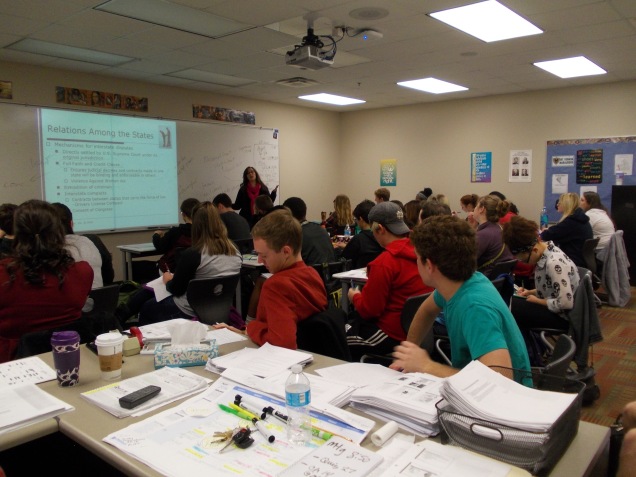 The AP Tests are coming up in the beginning of May, and they are causing many students to stress out. All of the AP tests are based on a one-to-five scale, but the percentages which equate to a 3, which is the passing score, are different for each test.

Depending on the subject a student is taking and the student themselves, their stress will be different. Some departments have much lower test scores and passing rates, which could cause less stress than another department because even though students will mostly likely study, they may be less stressed if they do not pass.

On the other hand, the departments with lower pass rates could cause more stress because students know it is harder to get a three or higher on the test. This means students know they have to study more and for longer periods of time to get a better passing grade. Students may freak out much easier because they know they have a slim chance of passing the test.

Although the difficulty level off tests may be different, most students can agree that it causes some amount of stress and anxiety preparing for these tedious tests.

Tess Barnett, 11, said, ¨The AP Spanish test is the test I am most stressed about because the thought of having a conversation with a recording is rather daunting.¨

Maddie Bovard, 11, agreed with Tess, saying, ¨The AP Spanish is what I am most stressed about because I don’t feel very comfortable with the language.¨

Some students also do independent study classes and feel like they are ready to take an AP Test for that class, even if MVHS does not offer the class.

Leah Chaves, 12, who is taking independent study Japanese, said, ¨The AP Japanese test is probably the hardest because it requires me to record myself having a conversation and I have not been able to practice speaking in the past half year. I am fine with reading and listen, but you kind of lose the language if you don´t use it.¨

In other departments, such as AP Spanish, there has been an extremely high pass rate, as Señora Laughlin explains, ¨I think that the passing rate has been 70 percent or better for the past three years, possibly four. ¨

This may can cause students more stress because they know they need to pass to keep the pass rate at a high level.

Taking the AP test may be extremely stressful for the students in advanced placement classes at Mt. Vernon High School, but once all tests are finished, it will be a relief.

Students who were stressed about an upcoming AP Test, were able to attend the AP Cram Session on April 29. Student paid $10 to get in and they received pizza and a t-shirt. They joined their AP class, and the teachers spent time reviewing for the test with their students. The classes that had cram night sessions are: AP Biology, AP European History, AP United States History, AP Calculus, AP Physics, AP Psychology, and AP Spanish. 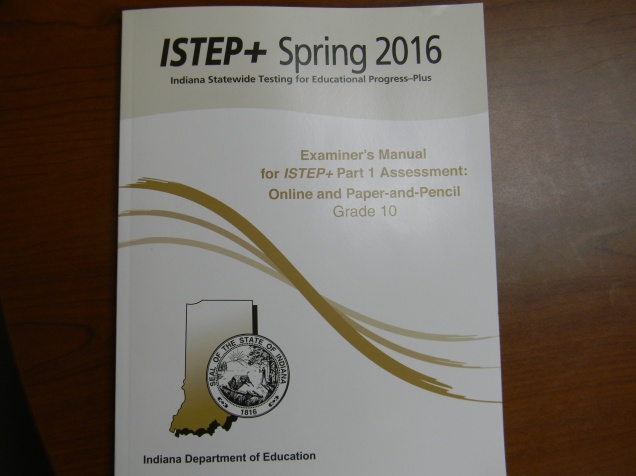 ISTEP, who could imagine that five simple letters could cause so much stress? The ISTEP test has made a reappearance in high schools across Indiana.

Freshmen and sophomores, even sophomores who had previously taken the ECA, had to take the ISTEP test the week before spring break. However, the scores were not counted for students who have taken, and passed the ECA. Sophomores that have not taken the ECA will take both the ECA at the end of the semester and ISTEP in both March and April.

“I think it’s ridiculous that we had to take the ISTEP again,” said Zoe Jackson, 10. “I thought we were finished with that in like the 7th grade.”

For the past year, many Indiana lawmakers have tried to replace current standardized testing with a cheaper, generic version in order to save money.

“A bill just passed that has cancelled ISTEP after next year (2016-2017 year). It will be replaced by something eventually but that is unclear at this moment,” said MVHS counselor, Jamie Beaver.

The Indiana Board of Education has plans to eliminate the ISTEP test within the next two years and replace it with a new test, the nature of which is undecided. According to chalkbeat.org, State Superintendent Glenda Ritz has proposed reshaping the state testing system so students would take a series of shorter tests that could be combined into a final yearly score.